I've decided to do a "Pic of the Month".
It's a good way to keep in touch and for you to see some cool places & my images.
I hope you enjoy the Photo along with a brief description of the site or circumstances that led up to the great
shot.

This month is a shot of The Forth Rail Bridge in Edinburgh Scotland. 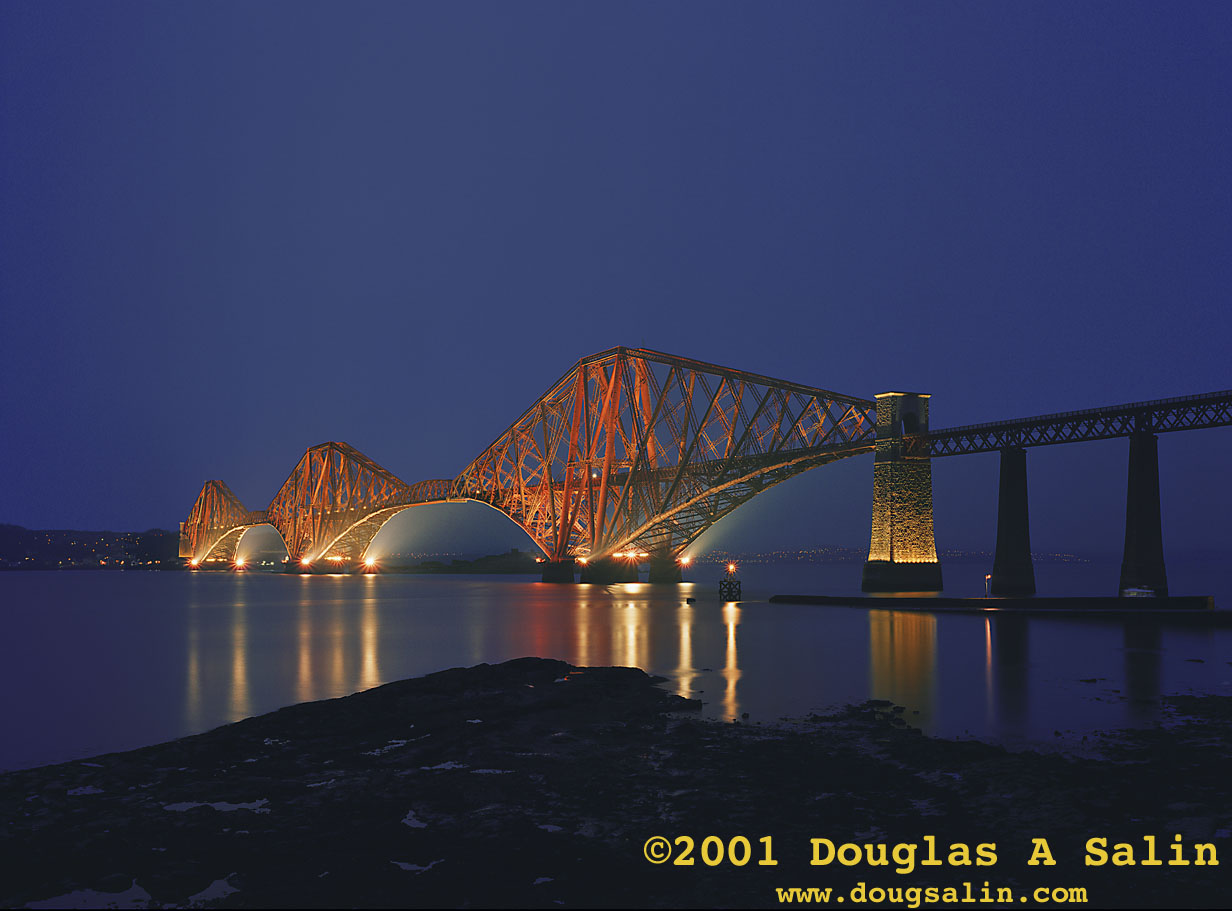 Conditions: Dawn. Icy, very cold, and wet. I love waking up at 4:00 in the morning. Polaroid materials stop
working at low temps and tape does not stick to things. For many of my images of this bridge I carried a small collapsible Kelty
tent to protect me from the snow, rain, and wind. At one point on the bridge the winds were around 40 to 45 mph. Try
taking a 2 minute exposure in a howling wind on a freezing bridge at 2:00am in the middle of the night.

Consolation: no trains to dodge.

From: http://www.rampantscotland.com
Instantly recognizable because of its unique design, the Forth Rail Bridge was one of the greatest achievements of 19th
century engineers. The original designer was Thomas Bouch - but his rail bridge over the River Tay collapsed on 28 December 1879 and Sir John Fowler and Benjamin Baker were appointed instead. The main contractor was William Arrol and construction of the three diamond-shaped steel towers began in 1883.

-The bridge stretches 1.5 miles across the River Forth estuary from Fife to Lothian, nine miles west of Edinburgh.

-It was built between December 1882 and January 1890. The number of people employed on construction reached 4,600 at one point.

-The last rivet was ceremoniously driven home by the Prince of Wales on 4 March 1890.


-From mid winter to mid summer it expands almost by a meter.

-It is now one of the largest structures in the world to be floodlit - 1,000 high-powered lights illuminate the 1.5 miles of the bridge at night.